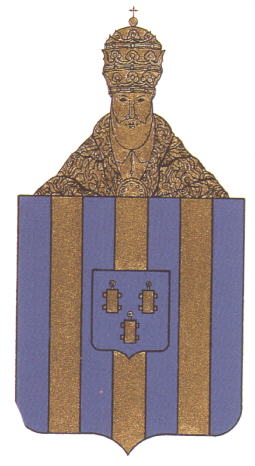 The arms are those of Pieter Suys, Lord of Schelle in 1642. Schelle previously used the arms of the Berthout family (see Mechelen) as the area was a possession of the Berthouts in the 13th and 14th century. In 1642 he added an inescutcheon with his own arms, three piles.

Similarly, the piles were blazoned as beetles (torren), which in 1841 was changed to towers (torens), only in 1988 the historical composition was restored, the colours remained the colours from 1819.