From Heraldry of the World
Your site history : Schladming
Jump to navigation Jump to search 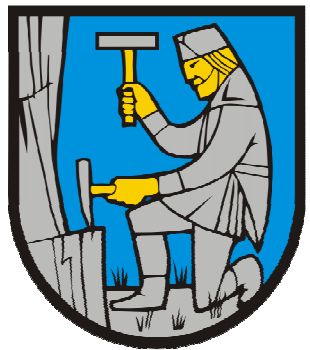 Schladming is an old mining borough in the valley of the river Enns. Traditionally, the city bears arms showing a kneeling miner in white garb working the rock with Schlägel (mallet) and Eisen ("iron"), a miner's tools. Today, the miners' dress uniform is black with brass buttons. Until the 19th century, however, it was white, as it can be seen in some old coats of arms.

Today, Schladming does not thrive on mining, but on skiing and tourism in general.