From Heraldry of the World
Your site history : Schwäbisch Hall (kreis)
Jump to navigation Jump to search 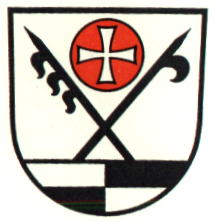 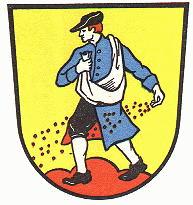 The farmer is the symbol for the agriculture, in 1929 by far the main source of income in the district. The colours are mainly derived from the colours of Württemberg.