From Heraldry of the World
Your site history : Schweinfurt
Jump to navigation Jump to search 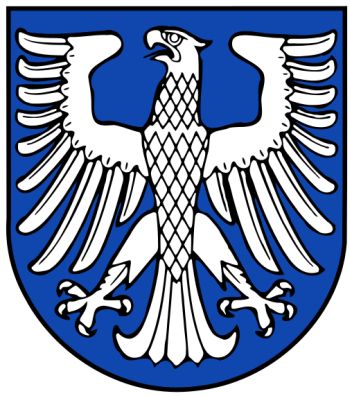 The arms show the Imperial Eagle. The eagle already appears on the oldest coins of the city, which date from the middle of the 13th century. The oldest seal, dating from around 1280, also shows the eagle, as do all 8 other historical seals of the city.

The colours on the other hand have changed regularly :
In the 15th century silver in black, in 1608 mentioned as silver in violet, later black in gold. Since 1771 the present colours are commonly used. Why these colours are chosen is not known.