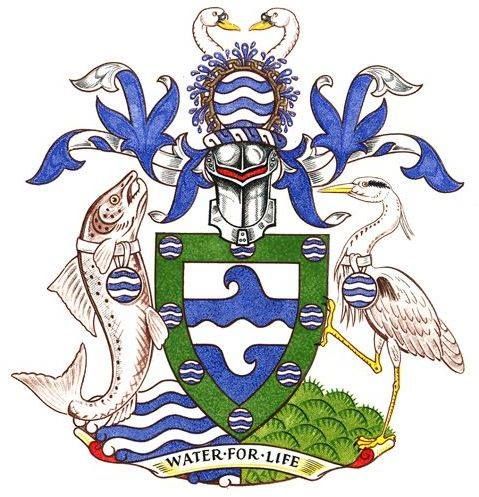 The undulating lines across the shield denotes the rivers Severn and Trent, specifically the tidal bores of the Severn Bore and Trent Aiger.

The gold chain in the crest symbolizes control and the intermingling fountains the liberation of water.

The salmon and heron symbolizes the nature of the Severn and Trent rivers respectively.

I have no information on the other elements. 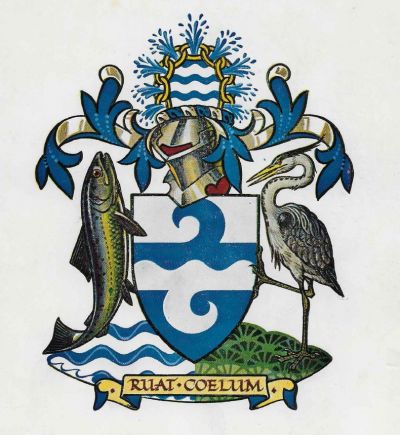