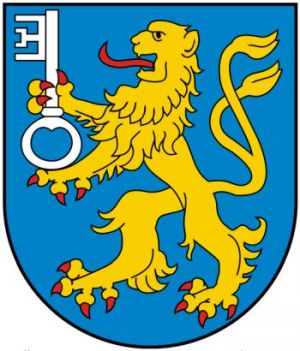 The arms of the city (German name Schwerin an der Warthe) show a golden lion holding a silver key. The arms were supposedly granted between 1511 and 1525 by Albrecht von Brandenburg. The oldest seal from 1538, however, shows the lion standing on the key. Only in the 17th century the lions holds the key. The meaning of the arms is not known.