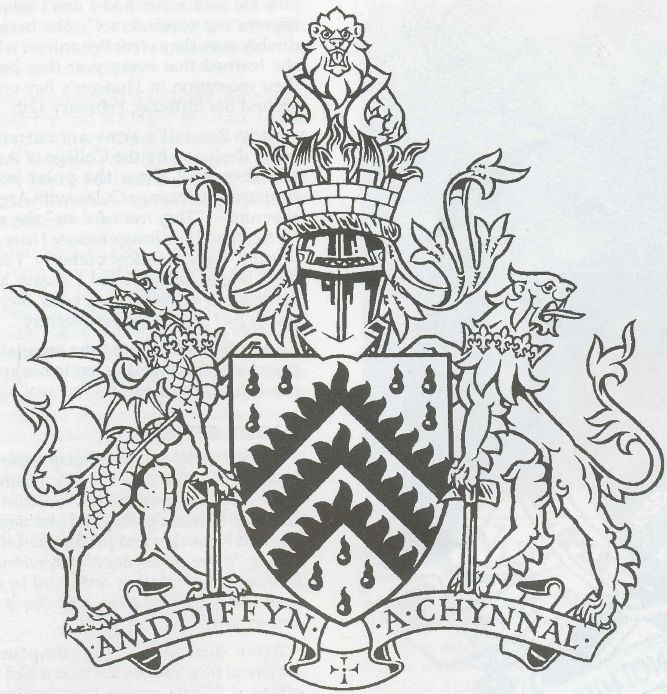 The arms were officially granted in 1998.

The Chevronels are taken from the arms of the de Clare family whose chevronels appear in the arms of Mid and South Glarmorgan. They allude to the three separate Fire Brigades now conjoined in one Fire Service. The ten Gouttes represent the ten unitary authorities served by the new Fire Service.

The supporters each rest on a Fireman's Axe and are depicted as reguardant to symbolise their watchfulness.

The motto means 'Protect and Serve'.