From Heraldry of the World
Your site history : St Antony's College (Oxford University)
Jump to navigation Jump to search 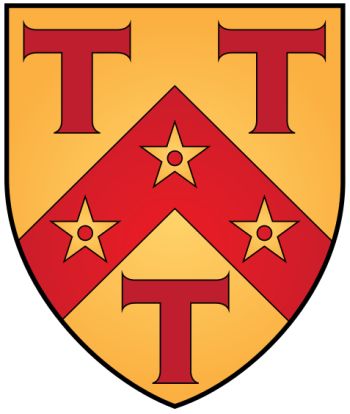 Or, on a chevron between three Tau crosses gules, as many pierced mullets of the field.

The arms were officially granted on November 30, 1953.

The late Mr Besse, the founder of the College, was not himself armigerous. But in his commercial transactions, he made wide use of a trade mark consisting of a five-pointed star. Hence the mullets on the chevron. The colours of the arms may be regarded as having a less direct allusion to the Red Sea and the golden-sanded lands beside it which were the focus of M. Besse's activity.

The Tau crosses are the symbol of to the saint whose name the College bears, Saint Antony the Abbot.