St Thomas's Fund For the Homeless

ST THOMAS'S FUND FOR THE HOMELESS 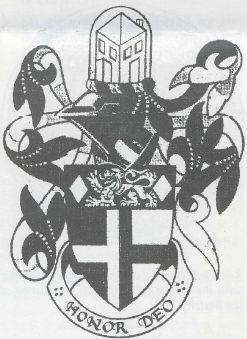 Arms : Per pale Gules and Argent a Cross throughout counterchanged upon a chief also Gules a Lion passant between two lozenges Gold.
Crest upon a Helm a wreath Or and Gules in front of a semi-elliptical sphere palewise Or a cuboid house in perspective lime-washed all over proper in the upper storey two windows to each manifest facade open Or beneath each pair of windows to the dexter a lime-washed door open Or and to the sinister a closed door lime-washed proper mantled Gules doubled Or.
Motto: Honor Deo

The arms were officially granted in 1996.

The charity takes its name from a little known patron of the homeless, St Thomas of Canterbury. He was generous in almsgiving and each day after compline would escort thirteen poor persons into his palace at Canterbury where a table was set and food prepared. He would discard his robes of office and meekly wash the feet of the poor people there assembled, then he would bid them eat while he waited upon them, serving them both meat and drink, after which he would present each with a shining new penny.

The Crest is a medieval house with an open door and is taken from that used by the knights hospitaller of St Thomas of Acre as granted by Pope Gregory IX. These hospitallers ran a hospital on Cheapside on the site of the now Mercer's Hall (also the site of St Thomas's birth when his father was a city merchant), they took in the poor and indigent from the city until the hospital was surrendered to the crown with all other religious houses in the dissolution. The seal of the order shows a Latin cross party per pale argent and gules, this has been used for the shield of the St Thomas Fund with the field counterchanged.

The chief displays elements from the arms of the founder whose collateral ancestor Robert de Turnham, founded the Hospital of St Nicholas, Doncaster (Hospitallers of St Thomas) and whose direct ancestor Stephen de Turnham married the daughter of Ranulph de Broc who put up the four knights to murder Becket.