Sudan is divided into seventeen states (wilayat, sing. wilayah). They are further divided into 133 districts.

As far as I know, only very few of these actually use some (semi-)heraldic device. 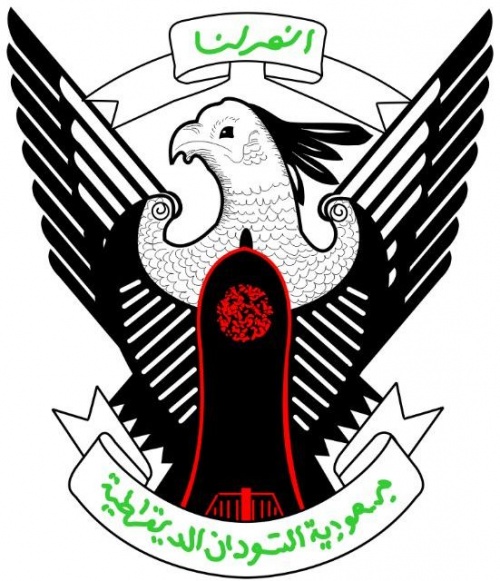 The national emblem of Sudan was adopted in 1969. It shows a secretarybird bearing a shield from the time of Muhammad Ahmad, the self-proclaimed Mahdi who briefly ruled Sudan in the 19th century.

Two scrolls are placed on the arms; the upper one displays the national motto, An-nasr lana النصر لنا ("Victory is ours"), and the lower one displays the title of the state, جمهورية السودان Jumhuriyat as-Sudan ("Republic of the Sudan").

The previous emblem was in use from 1956-1970 and showed a rhinoceros enclosed by two palm-trees and olive branches, with the name of the state displayed below 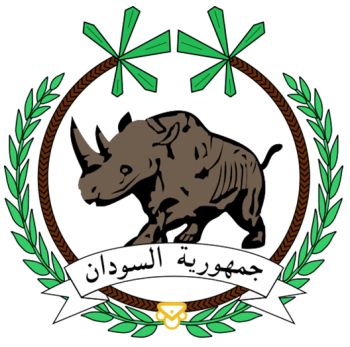