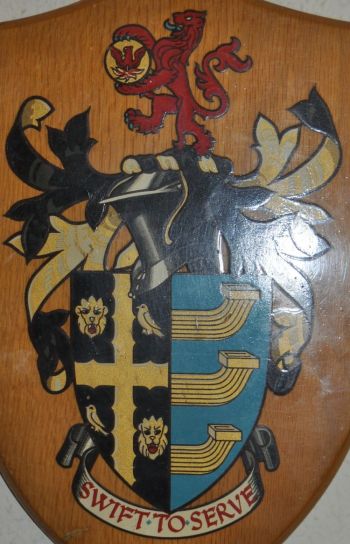 Arms : Party per pale sable and azure, a cross engrailed between in the first and fourth quarters a leopard's face and in the second and third quarters a martlet Or, and on the sinister three demi-hulks of ships conjoined to the impalement line of the last.
Crest: On a wreath of the colours, A lion rampant gules holding between the forepaws a bezant charged with a phoenix displayed also gules.
Motto: Swift to serve.

The arms were officially granted on August 4, 1950.