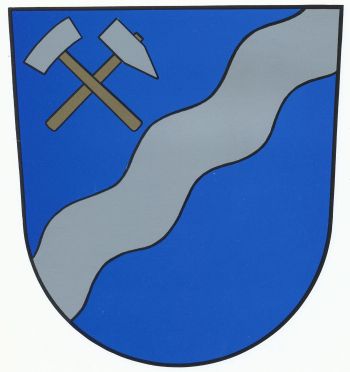 There are no historical arms or seals of the city, so the arms were newly devised in 1939. The arms show the canting brook (Bach) and the symbols of mining. Mining has been of importance in the area since 1462. The colours are the colours of Nassau-Saarbrücken, to which the village belonged since 1555.