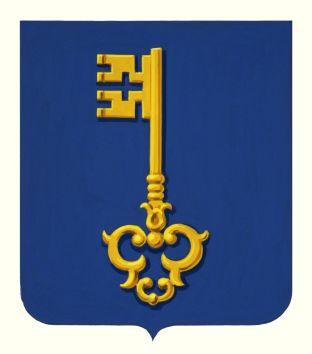 The key is the symbol of St. Peter. The village was given in 870 to the Saint Peter abbey in Gent, and the abbey owned many possessions in the village for many centuries.

The oldest known use of a key for the village dates from a 17th century map, where the arms are already shown. The only historical seal of Temse, known from 1779 also shows the key. As in 1819 the council did not apply for colours, the arms were granted in the Dutch historical colours. The arms were confirmed after the Belgian independence, but the colours were not changed.