History: Raised in 1794 as the 98th Argyllshire Highlanders (91st Foot in 1809) and in 1799 as the 93rd Highlanders. In 1881 these two Regiments become the 1st and 2nd Battalions of Princess Louise's (Argyll and Sutherland Highlanders).
Regimental Headquarters: The Castle, Stirling. 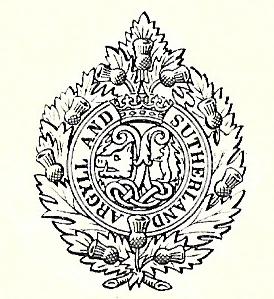