National Arms of Saint Vincent and the Grenadines

The National Arms of Saint Vincent and the Grenadines 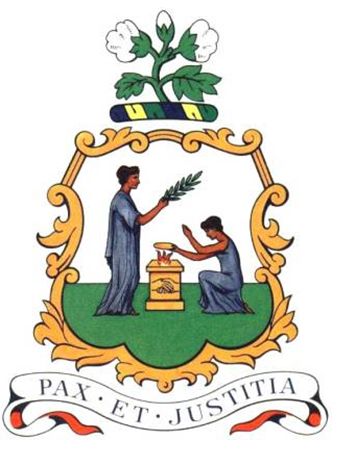 Arms: Argent, a base Vert features two women in classical Roman dress Azure. The one on the heraldic right stands holding an olive branch Vert, and the one on the left holds scales of justice and kneels before an altar Or situated between them.
Crest: A cotton Argent and leafed Vert on a wreath of Azure, Or and Vert.
Motto: Pax et justitia

The two figures symbolise Peace and Justice (which is also the translation of the motto). The cotton flower crest is a symbol for the main crop of the island.