From Heraldry of the World
Your site history : The Queen's College (Oxford University)
Jump to navigation Jump to search 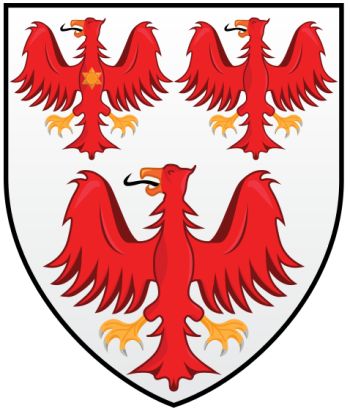 Argent, three eagles displayed, two and one, gules, [on the breast of that in dexter chief a pierced mullet of six points] and each beaked and legged Or.

Entered at the Visitation of 1574.

This College uses the canting arms of its founder. Robert de Eglesfield. The "Hall of the Queen's Scholars of Oxford" was founded by Royal Charter in 1341. The Queen was Phillipa and Robert was her chaplain, and she is sometimes regarded as co-founder.