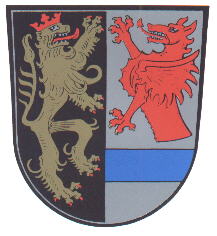 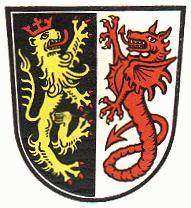 The arms show the lion of the Pfalz, as the district historically belonged to the Pfalz. The dragon is the legendary arms of Count Diepold von Cham-Vohburg, who founded the abbey in Waldsassen. This abbey acquired a huge territory until 1804 when it was dismantled. The abbey also used the dragon in its arms. Most of the district was owned by the abbey.