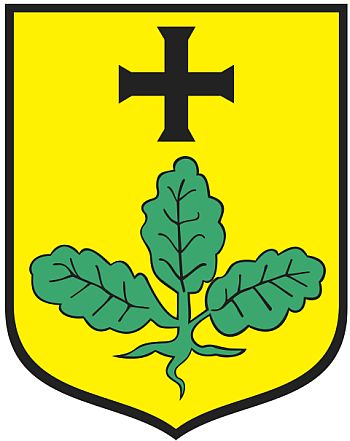 The arms show an oak tree and the cross of the German Order. The first seal of the town dates from the first half of the 14th century and only shows the oak tree. In a later seal, dating form the 16th century the cross is added. All later seals and arms show the same image. The origin of the oak tree is not known.