Freemen in the Suburbs about London 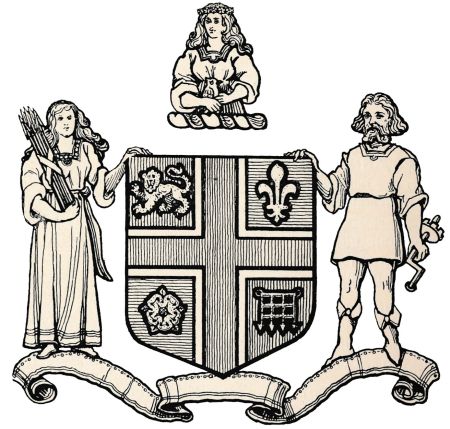 Quarterly gules and azure, a cross argent, surmounted by another of the first, between in the first quarter a lion passant guardant, in the second a fleur-de-lis, in the third a rose, and in the fourth a portcullis, all or. Crest- A demi-maiden affrontee proper, vested, on her head a chaplet of roses, and holding in her hands a dove all argent. Supporters- On the dexter side a female figure vested (representing " Concord"), holding in the dexter hand a bundle of javelins all argent, and on the sinister side a man habited as a workman (representing" Industry"), holding in the sinister hand a crank also argent.