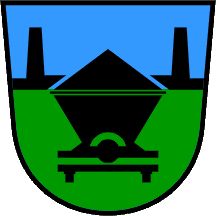 Trbovlje is situated in a large coal mining area, and the arms thus show a coal wagon and two chimneys. Trbovlje's major claim to fame was that it had Europe's tallest chimney for some time. The chimney belonged to the power station powered by the locally produced coal.

In the 1980s the town adopted arms with a similar symbolism, but now with a worker's hand and the Yugoslav star. 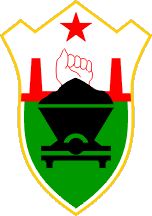 Historically the arms showed a mine and the typical miner's tools. These arms were officially granted on February 12, 1942. 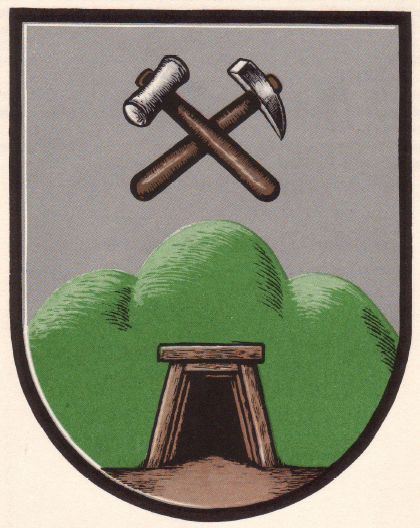