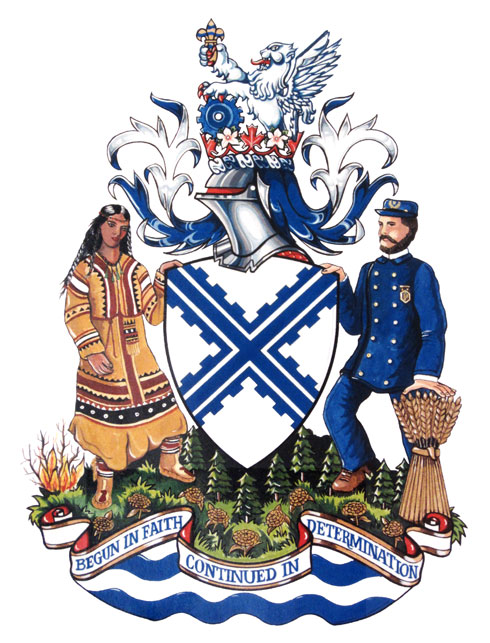 Arms : Argent a saltire cottised bretessed Azure.
Crest: Issuant from a circlet of maple leaves Gules alternating with mayflowers proper a demi winged lion Argent holding in its dexter forepaw a fleur de lys barry wavy Or and Azure its sinister forepaw resting on a cogwheel also Azure.
Supporters: On a grassy mound set at the front with marigold flowers Or and at the rear forested of pine trees Vert the whole curved to form a bay rising above barry wavy Argent and Azure dexter a Micmac woman in traditional dress tempore 1600 at her feet a burning bush sinister a volunteer fireman uniformed tempore 1875 all proper his sinister hand resting on a garb of wheat Or.
Motto: BEGUN IN FAITH CONTINUED IN DETERMINATION