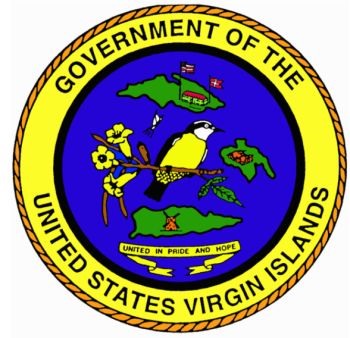 The US Virgin Islands do not use a coat of arms, but only the above seal.

The seal of the United States Virgin Islands features the three-island design of the main islands of Saint Croix, Saint John and Saint Thomas, often seen throughout the territory.