From Heraldry of the World
Your site history : Völklingen
Jump to navigation Jump to search 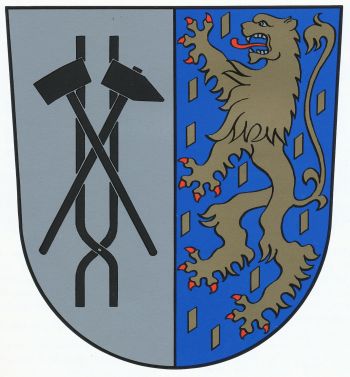 The arms are nearly identical to the previous arms, which were granted on April 17, 1936 (see below). The only difference is the addition of the billets in the left side around the lion. The lion is the lion of Nassau and symbolises the fact that the city was part of Nassau-Saarbrücken. The tools are mining tools, as mining and iron industry are the main occupations in the city.