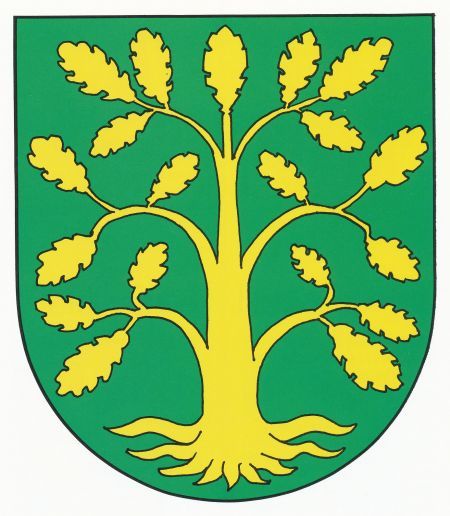 The arms were officially granted on December 12, 1958.

The arms show a golden oak tree. The arms represent the rich nature of the area. The oak stands for the forests and forestry, which is an important activity in the province. Oak wood was also a long time an important export product. Already in 1930 it was proposed to use an oak as the arms of the province, as the local timber was often marked with an oak symbol.