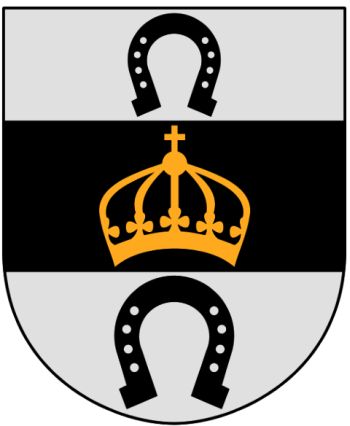 The arms were officially granted in 1969. It symbolises the episode in the Winter of 1611 when Swedish troops under the leadership of the future King Gustaf II Adolf during a War Raid in the Area, had been surrounded. They the fled over the Ice which broke under Gustaf Adolf, which was then rescued by a Chamber Servant and a Rider.