From Heraldry of the World
Your site history : Wahlschied
Jump to navigation Jump to search 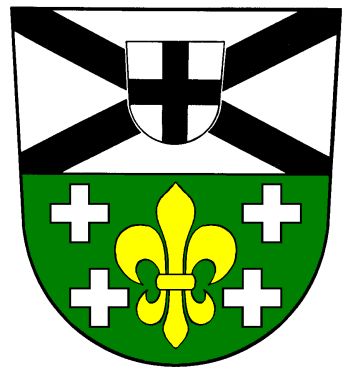 The arms show elements of the arms of the former rulers and owners of the village and church; until the 14th century the village was ruled by the Lords von Dagstuhl (black cross), followed by the teutonic Order (small shield), the Wadgassen Abbey (fleur-de-lis) and finally the counts of Nassau-Saarbrücken (crosses). The green colour is a canting element (Wahl from Wald=forest).