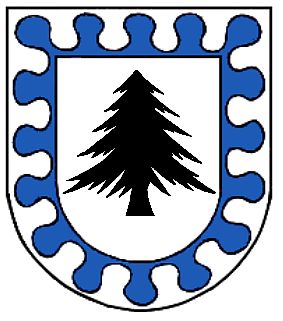 The arms were designed and adopted when Walhausen became a separate municipality in 1897.

The arms show a pine tree for the Wald- (forest) part of the name, surrounded by a bordure taken from the arms of the Principality of Fürstenberg, to which the village belonged until 1806.