From Heraldry of the World
Your site history : Waldshut (kreis)
Jump to navigation Jump to search 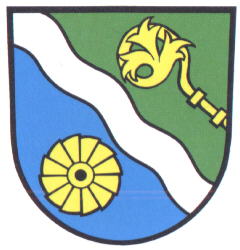 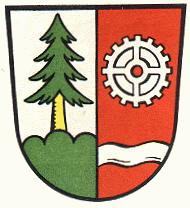 The tree and mountain indicate that the district has many forests and a mountainous terrain. The wavy bar is the Rhine river. The wheel is a symbol for the industry in the district. The red and silver colours are taken from the arms of Austria, as a large part of the district belonged to Austria for several centuries.