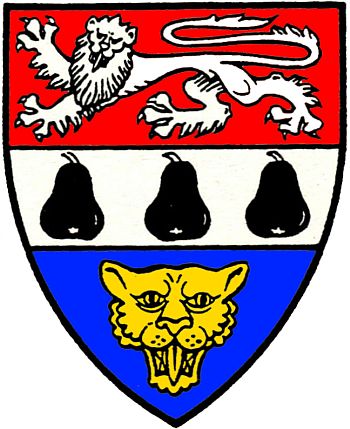 Per fesse gules and azure, on a fesse between in chief a lion passant guardant argent and in base a leopard's face Or, three pears sable.

The arms consists of elements from the three counties covered by the West Mercia Police Authority. Herefordshire (the top lion), Worcestershire (the three black pears) and Shropshire (a loggerhead).