From Heraldry of the World
Your site history : West Virginia
Jump to navigation Jump to search 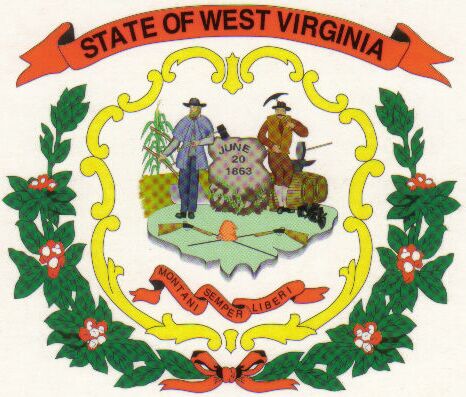 The arms show a rock bearing the date of admission to the Union, June 20, 1863, in the centre as a monument to the founding of the state, and it also symbolises the mountains that make up most of West Virginia. The crossed rifles are symbols of both hunting, with used to be very important in the state, but in conjunction the "liberty cap" they also symbolise the willingness to fight to remain free.

The figure on the left, who is usually called the farmer, is also a forester. He carries an axe, as well as having his right hand upon a plough with the grain and corn behind him. He represents agriculture and lumbering. The other figure is a miner with his pickaxe. A blacksmith's anvil and hammer, and several barrels are behind him. He represents mining and industry. Together they symbolise the sources of wealth of the young state. They are dressed in clothing of the time period of the design, but the farmer is wearing "outdoors" (rural) clothing while the miner is wearing clothing more appropriate to a city dweller who does not spend much time out in the weather.

The seal of the State: 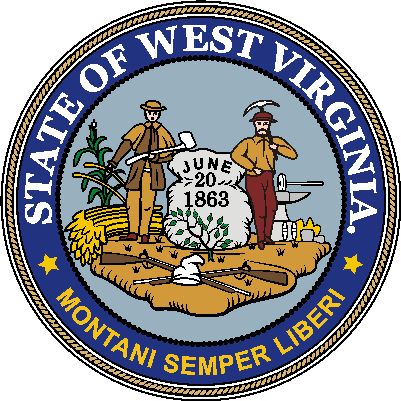