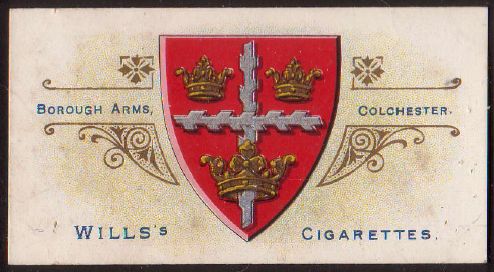 The third series of the borough arms, numbered 101-150, were first issued in 1905 in two series, with the information on how to obtain albums in red and blue print, and reprinted as Second Edition (101-150) in 1906. The images and the texts on the back are identical.