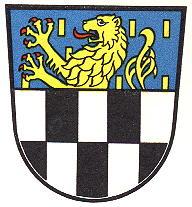 The arms were adopted in 1970 and are identical to the former Amt Wilnsdorf. In the new arms the lower half is similar as in the old arms. The upper half now shows the lion of Nassau, as the area historically belonged to the Principality Nassau-Siegen.

The previous arms of Wilnsdorf were granted on July 31, 1939. 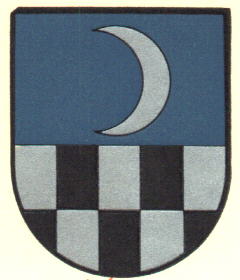 The upper half shows a crescent, the old symbol for silver. Already in the 13th century the area was known for its silver mines.

The lower half is derived from the arms of the Kolbe von Wilnsdorf family, who played a major role in the local history.