From Heraldry of the World
Your site history : Winnipeg
Jump to navigation Jump to search 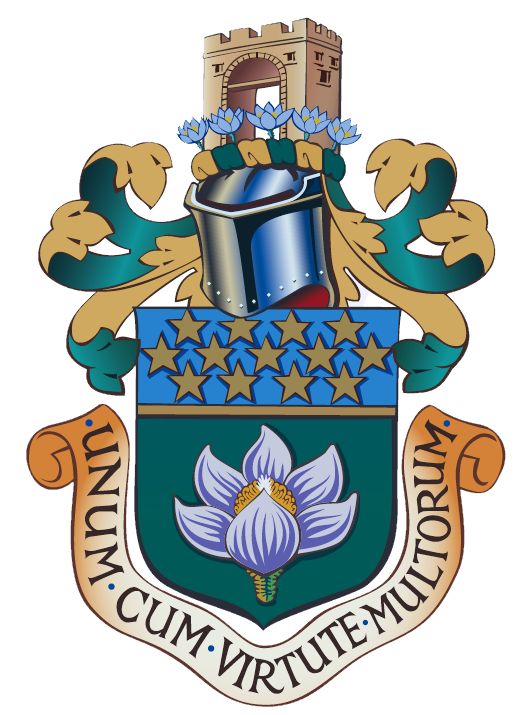 The City has had two official coats of arms in its history.
The original bore the motto, "Commerce, prudence, industry." Elements shown on the arms include a bison, once very common on the prairie, a steam engine to represent the coming of the railroad to Winnipeg and sheaves of wheat to symbolise the staple crop that brought prosperity to a young city.

The current arms were introduced in 1972, adopted by the city ouncil on January 24th, 1973 and were granted by the College of Arms in London, England in 1979.

The Fort Garry Gate at the top represents Winnipeg's early history as a Hudson's Bay fur trading centre. The Fort Garry Gate is all that remains of Upper Fort Garry. It can be found, with some looking, somewhere near the junction of the Red and Assiniboine Rivers, off Main Street.

Beneath the Gate is a shield divided into two parts. The top part contains thirteen gold stars on a blue field, symbolizing the thirteen former municipal governments that were unified to create the new City.

The ribbons at the top and bottom represent the ribbon that ties the community together.

Literature : data were taken from http://www.mbnet.mb.ca