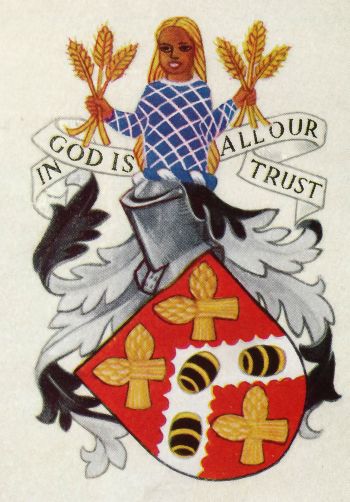 Arms : Gules, on a chevron engrailed argent between three pairs of barley sheaves saltirewise Or three kilderkins sable hooped gold.
Crest: On a wreath argent and azure, A demi maiden proper, vested azure fretty argent, crined Or, holding in either hand three ears of barley of the last. Mantled sable, doubled argent.
Motto: In God is all our trust.