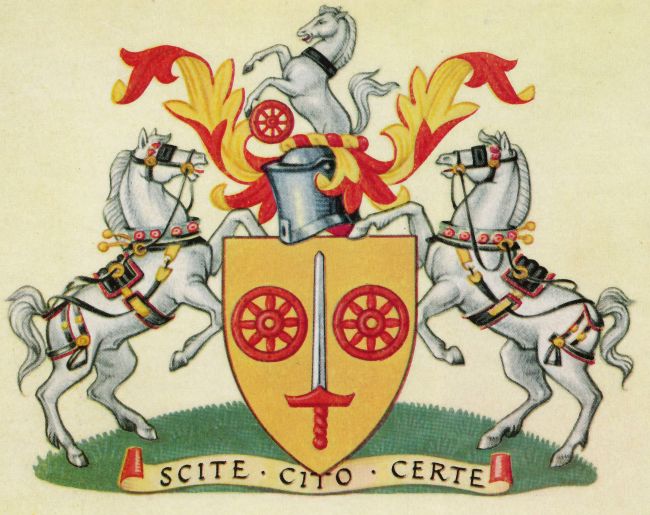 Arms : Or, a sword erect, point upwards, in pale proper, pommel and hilt gules, between two cart wheels in fesse of the last.
Crest: On a wreath of the colours, A demi cart horse argent, collared sable, resting the sinister hoof on a wheel as in the Arms.
Supporters: On either side a dray horse argent, harnessed and bridled proper, gorged with a wreath of roses gules, barbed, seeded and leaved also proper.
Motto: Scite, cito, certe.