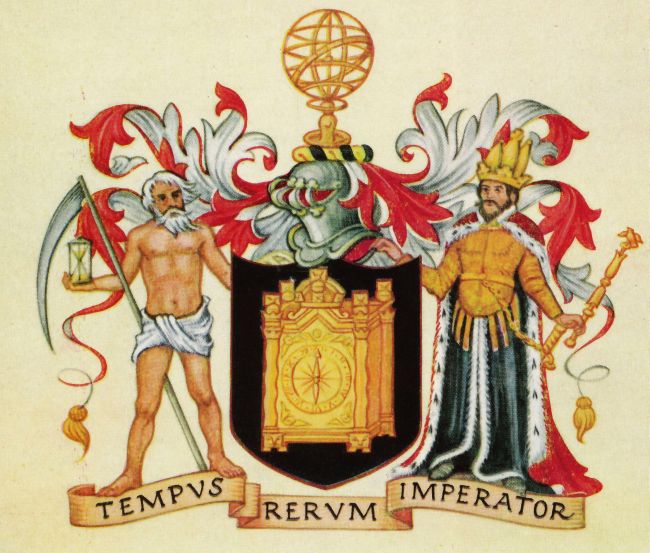 Arms : Sable, a . clock, each of the four pillars of the case based on a lion couchant and capped with a globe sur­ mounted by a cross, and on the dome of the case an Imperial Crown, all Or.
Crest: On a wreath of the colours, A sphere Or. Mantled gules, doubled argent. Supporters: On the dexter side a naked old man, representing Time, holding a scythe and an. hour glass, and on the sinister side the figure of an emperor, robed and crowned, holding a sphere, all proper.
Motto: Tempus rerum imperator.