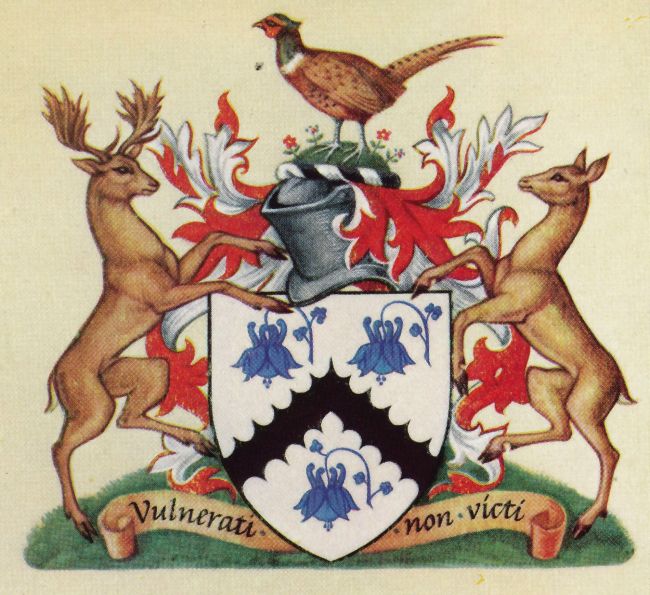 Arms : Argent, a chevron engrailed sable between three columbine flowers azure.
Crest: On a wreath of the colours, A mount vert, thereon a cock pheasant proper. Mantled gules, doubled argent.
Supporters: On the dexter side a buck and on the sinister side a doe, both proper.
Motto: Vulnerati non victi.

The arms were officially granted on 13 October 1467 to replace earlier one of 31 May 1461; crest and supporters granted 1st August 1614. Each supporter was originally transfixed by an arrow but these were removed at the Visitation of 1687.