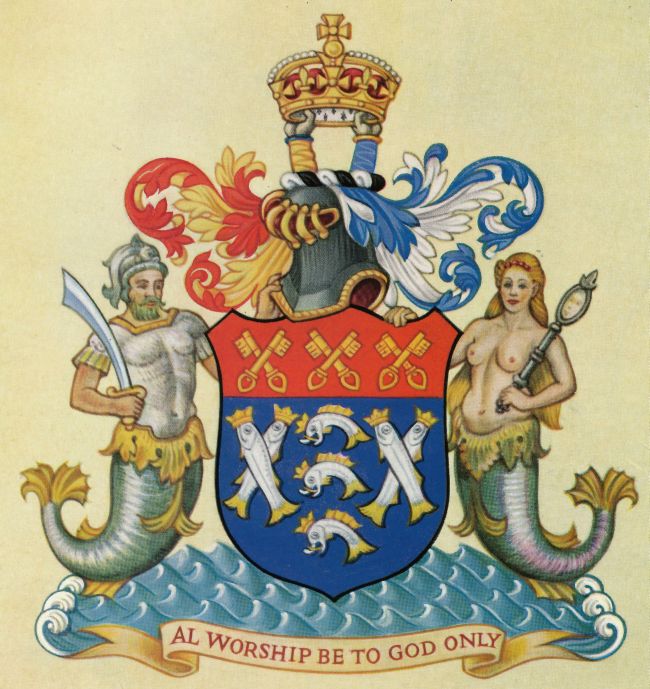 Arms : Azure, three dolphins naiant embowed in pale argent, finned, toothed, and crowned Or, between two pairs of stockfish in saltire argent, over the mouth of each fish a crown Or; on a chief gules three pairs of keys of St. Peter in saltire Or.
Crest: On a wreath argent and sable, Two cubit arms, the dexter vested Or cuffed azure, the sinister azure cuffed Or, the hands argent holding an Imperial Crown proper. Mantled on the dexter side gules, doubled Or, on the sinister side azure, doubled argent.
Supporters: On the dexter side a merman, armed, holding in his right hand a falchion and with his left sustaining the helm and timbre; and on the sinister side a mermaid holding in her left hand a mirror and supporting the Arms with her right hand, all proper.
Motto: Al worship be to God only.