Worshipful Company of Glaziers and Painters of Glass

WORSHIPFUL COMPANY OF GLAZIERS AND PAINTERS OF GLASS 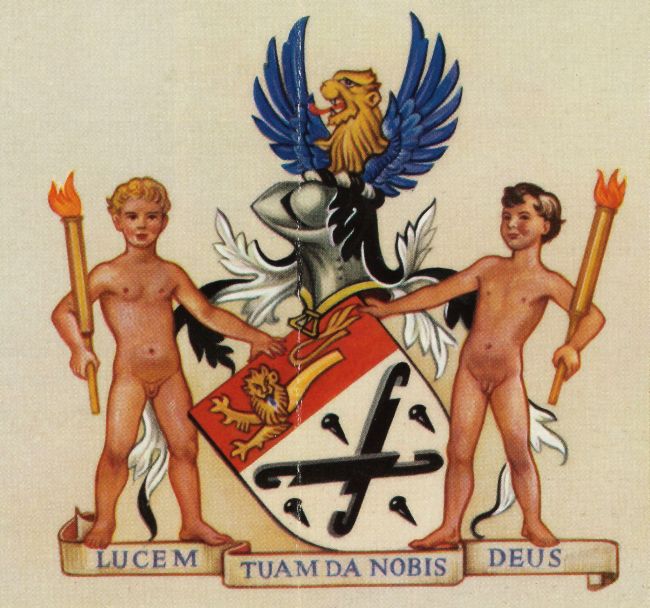 Arms : Argent, two glazing irons in saltire between four closing nails sable; on a chief gules a demi lion passant guardant Or.
Crest: On a wreath of the colours, A lion's head couped Or between two wings azure.
Supporters: On either side a boy proper holding in the exterior hand a torch Or, inflamed also proper.
Motto: Lucem Tuam da nobis Deus.

The arms were recorded at the Visitation of 1634; the entry refers to a certificate by Robert Cooke, Clarenceux King of Arms, in 1588. Certified on 5 March 1926.