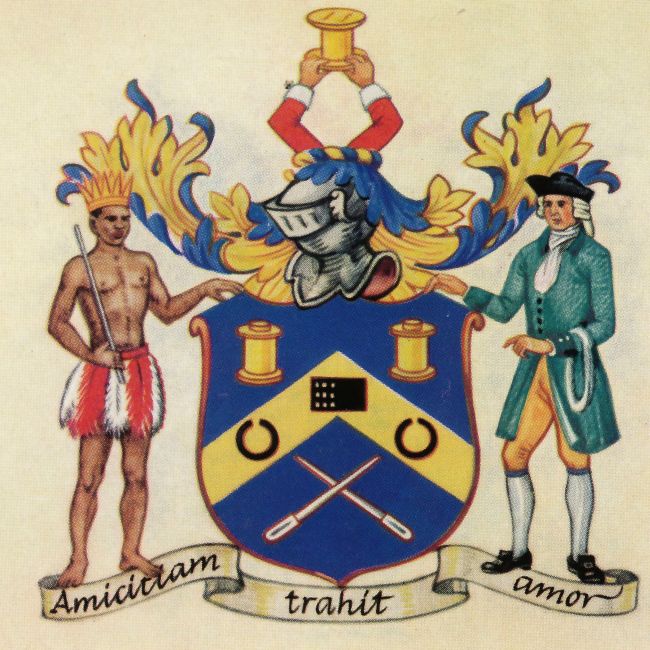 Arms : Azure, on a chevron Or between two coppers in chief of the second and in base as many points in saltire argent, a drawing iron between two rings sable.
Crest: On a wreath of the colours, Two arms embowed, vested gules cuffed argent, the hand• proper holding an en­ grossing- block Or.
Supporters: On the dexter side an Indian proper crowned with an Eastern crown Or, vested round the middle with feathers pendent, alternately argent and gules, holding over his shoulder a bar of silver, and on the sinister side a man vested proper, in his sinister hand a hank of silk argent.
Motto: Amicitiam trahit amor.

These arms have not officially been granted.