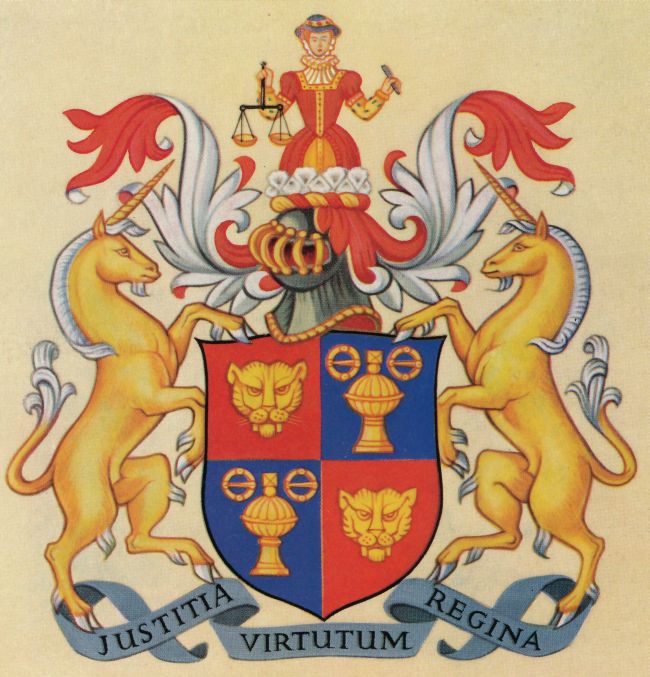 Arms : Quarterly gules and azure, in the first and fourth quarters a leopard's head affrontee Or, in the second and third a covered cup between in chief two buckles fessewise, all of the last.
Crest: On a wreath Or and gules, A demi virgin issuing from a cloud proper, in a gown gules and kirtle Or, arms extended, holding in the dexter hand proper a balance gold and in the sinister hand a touchstone proper.
Supporters: On either side a unicorn Or, the mane, hoofs and tail argent.
Motto: Justitia virtutum regina

The arms were officially granted on 8 November 1571 (with gown of crest, mane, hooves and tail of the supporters purpure); entered at Visitation of 1634 as above. Certified painting from Garter King of Arms dated 31 March 1891 shows a Peer's helmet.