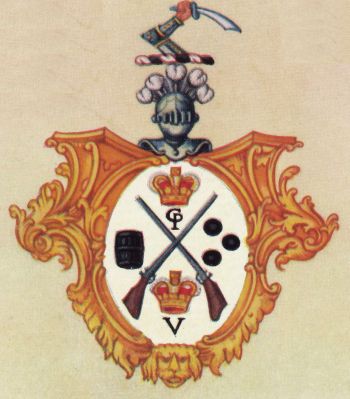 Argent, two guns in saltire proper, in chief the letter G, in base the letter Y sable, each crowned with a regal crown, on the dexter side in fesse a gun barrel and on the sinister side three balls, all of the second.

These arms have not officially been granted.