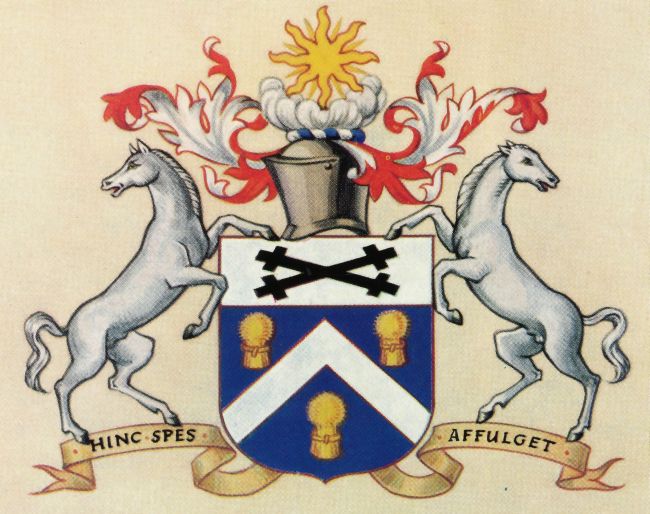 Arms : Azure, a chevron argent between three oatsheaves Or; on a chief argent a St. Julian's cross sable.
Crest: On a wreath of the colours, A star Or appearing out of a cloud proper. Mantled gules, doubled argent:
Supporters: On either side a horse reguardant argent.
Motto: Hinc spes affulget.

The arms were officially granted on December 2, 1634.