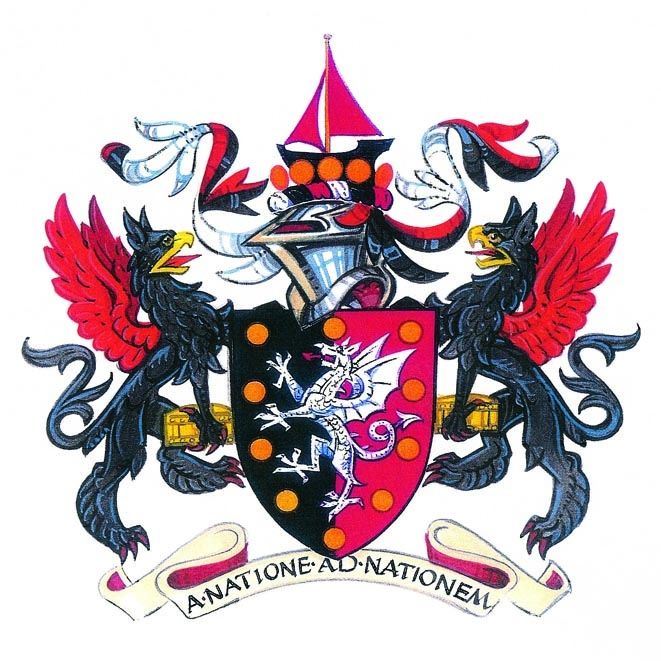 The shield is divided vertically with one half black, the other red (credit and debit) with a white dragon rampant (the City of London Dragon) as the principal charge, within an orle (circle) of bezants (gold coins that were first minted in Byzantium and England for use by merchants).

The Supporters are Griffins, the “guardians of treasure” and to make them unique, each holds a 13th century “pyx” chest (treasure chest).

The crest shows a Bermuda Sloop and was taken from the badge of the Overseas Bankers Club (OBC) and slightly modified. The reason for using the ship was to continue the historical traditions passed down from the OBC to the Company and to represent the internationalism of the Company. The ship sits on 5 gold bezants representing the 5 major continents.

The motto chosen literally translates as “Nation to Nation” to represent the internationalism of the Company.