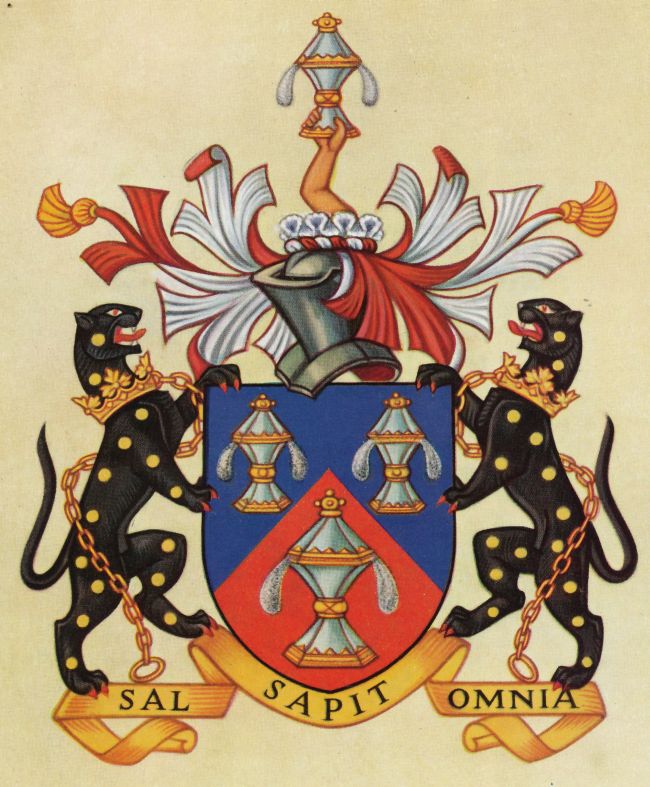 Arms : Per chevron azure and gules, three covered Salts argent garnished Or, the salt shedding on both sides of the salt argent.
Crest: On a wreath argent and gules, Issuing from clouds proper an arm embowed car­ nation holding in the hand a salt as in the Arms.
Supporters: On either side an ounce sable bezanty ducally gorged and chained Or.
Motto: Sal sapit omnia.