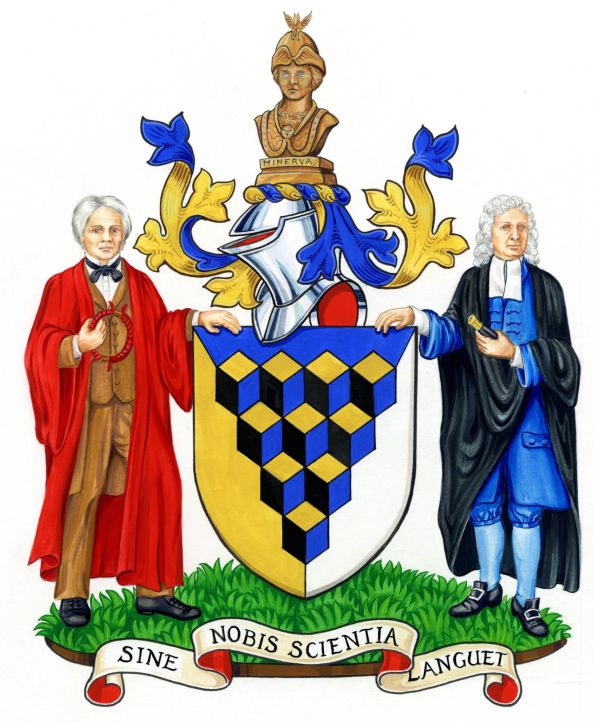 Arms : Tierce in pairle azure, Or and argent, ten cubes conjoined in perspective, four, three, two and one, the tops also Or, the dexter [and sinister] sides sable and azure respectively.
Crest: On a wreath of the colours, An antique bronze bust of Minerva proper, the eyes argent.
Supporters: On the dexter side a figure representing Michael Faraday habited in a festal gown of a Doctor of Civil Law of the University of Oxford and holding in the exterior hand a representation of his coil proper, and on the sinister side a figure representing Sir Isaac Newton habited in a gown of a Master of Arts of the University of Cambridge and holding in the exterior hand his telescope also proper.
Motto: Sine nobis scientia languet.

The supporters represent Sir Isaac Newton and Michael Faraday. Newton is based on his statute in Trinity College Chapel, holding his telescope and dressed in Cambridge MA robes. Faraday is holding his induction coil and dressed in Oxford DCL robes.

The crest is Minerva, represented as a bust in the collection of the British Museum.

The motto means "knowledge cannot flourish without us”.