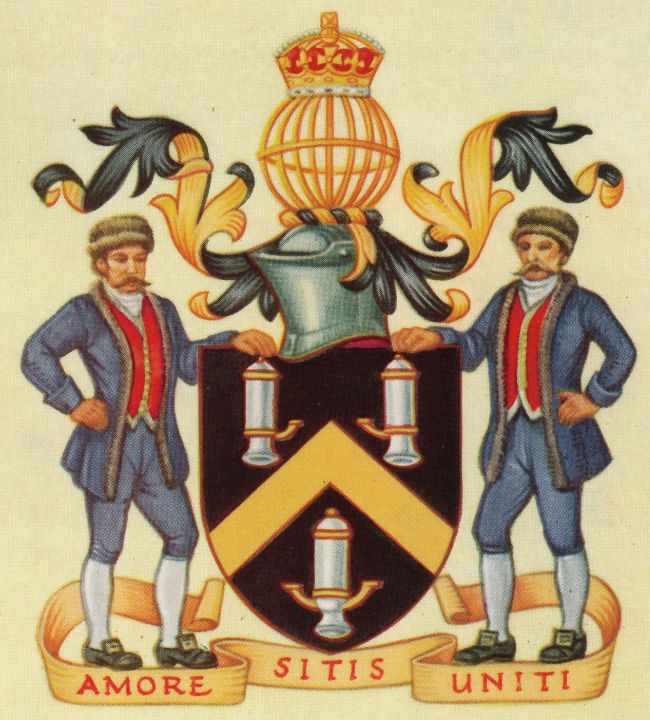 Arms : Sable, a chevron Or between three lamps, two in chief with one burner each, the burners inwards, and one in base with two burners, argent garnished Or.
Crest: On a wreath of the colours, A spheri­cal ship's lantern Or ensigned with a royal crown of the seventeenth century all proper.
Supporters: On either side a tin plate worker of the eighteenth century vested proper.
Motto: Amore siti uniti.