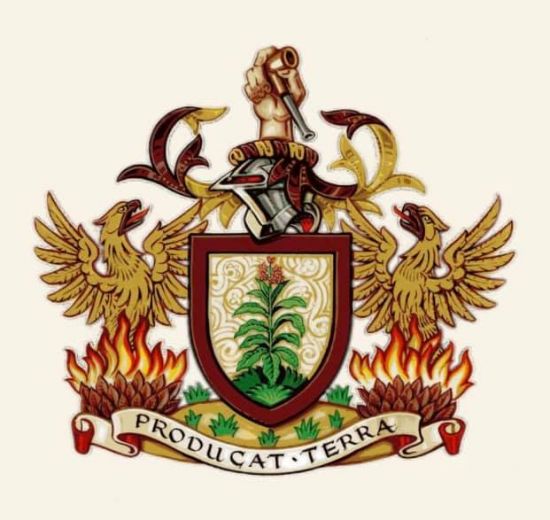 The arms show a tobacco plant as an obvious symbol. The crest holding a pipe is another clear reference to the company. The two supporters are eagles rising from the flames of burning tobacco leaves to symbolise the several reincarnations of the Company.

The motto means Out of the Earth.

The arms replaced the previous arms, granted in 1956, see below.

The previous arms were officially granted on November 8, 1956.

Arms : Argent, on a mount vert in base a tobacco plant proper; a bordure murrey.
Crest: On a wreath Or and murrey, A hand couped at the wrist holding a root briar pipe, all proper.
Supporters: On the dexter side a North American Negro and on the sinister side a South Rhodesian native, both proper.
Motto: Producat terra 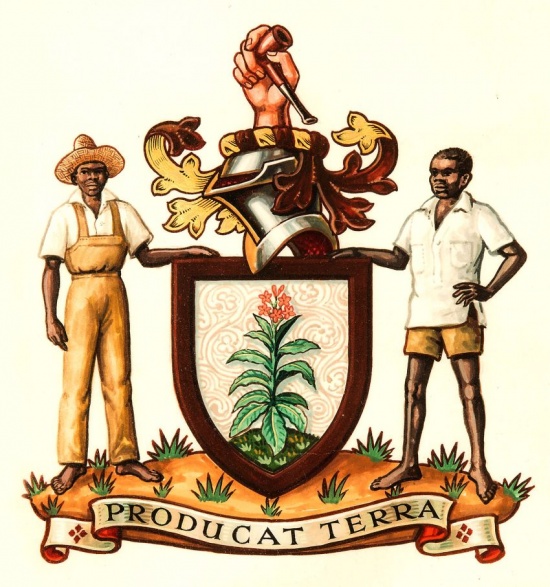 The arms are identical as the current ones, but the supporters were two 'natives' of main tobacco producing regions.