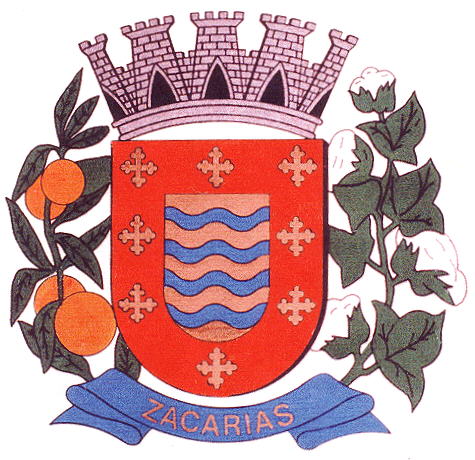 The four wavy bars represent the four rivers which flow to form the lake of the Nova Avanhandava hydroelectric plant and the crosses allude to Christian faith, the crosses and the first chapels erected by the first settlers.

The supporters show that orange and cotton are important agricultural products of the region.

The shield is surmounted by a mural crown appropriate to a city and a scroll below the shield bears the name of the city.