From Heraldry of the World
Your site history : Zweidorf
Jump to navigation Jump to search 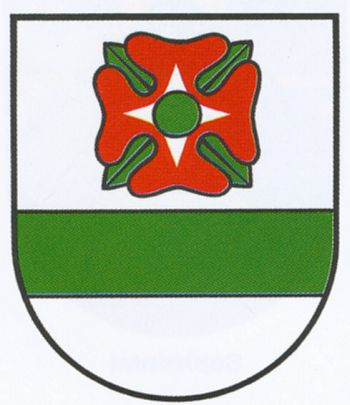 The arms are based on the arms of the Von Zweidorf family, who used a green bar with on each side two half roses with four leaves rather than the more common 5 leaf-variety. The municipality decided to use only one rose to distinguish the arms from the family arms.